Today I managed to catch up with Magic Gareth, full-time entertainer and Secretary of Edinburgh’s Magic Circle. I was just about able to squeeze in some coffee and questions before Gareth embarks on his adventures through the Edinburgh Fringe.

How long have you been practising magic for? 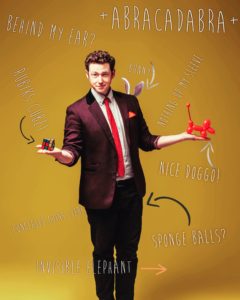 Since I was about 2 or 3 probably. I was given a Paul Daniels magic set, I think all young boys are given that around that time, and then I just … and then it was always in the background. It was never something that I thought, ahaha, I could make a living out of this, but I just kept doing it.

High School I did some card tricks like everybody does, but now I don’t really do much card tricks, cause I find that everybody does that, so I try and do things that are slightly more unusual.

I’m really curious as to what it is about magic that hooked you at such a young age?

I think, I’ve always…now I hate to admit it, but I’ve admitted it a lot more recently…that I always wanted to be famous. There’s old videos of me when I was young, doing weather reports and little magic shows for everybody, and there’s vague memories of going next door to do little make believe shows and things. I don’t know whether it was me, whether it was the family that were pushing me into it, but somehow it always seemed like the way I should be going.

It wasn’t so much the magic that fascinated me, it was the fact that I could do something that people couldn’t figure out, and so they wanted to see more…of me! Not of the trick, just of me, of course! So when I got my sensible job, that was when I started to know, that I don’t want to be famous, I would like to make a living from doing what I do, which is what I do now. Make a living, and be happy not to be on the front pages of papers and magazines and getting reviews and stuff. As long as I’m locally known to get the shows that I want to get, then that’s what matters.

How long have you been full-time with magic then? 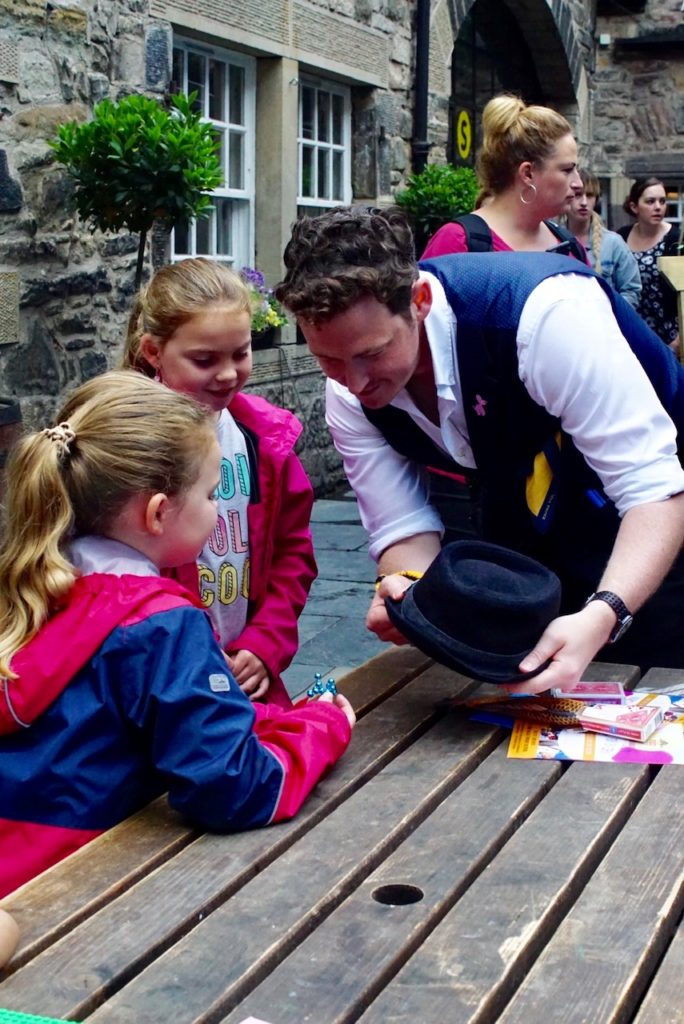 8 months! I started officially on the first day of October last year, and since then I have been making full bread and butter on magic. It’s not impossible, it’s totally do-able!

I trained as an actor when I was younger, hence the Surrey bit, I was studying at the Guildford School of Acting. But needs must and I had to get a proper job to pay some bills, and so I left that behind, but now that I’m 33 I decided to leave the main job behind and try it again. Cause I don’t want to get too old doing magic tricks, so 33 and I now do magic tricks for a living.

Do you feel like the inclusion in the magic circle has had any effect on your practice? Or the way in which you think about performance?

Yes, well I’m now the Secretary of the Magic Circle, I was only just annointed, ordained, whatever, a couple of weeks ago. Doesn’t really mean anything, just that I have to chair the meetings and write stuff down, and then pull people in to audition.

And yes, being part of the Magic Circle, makes me want to be better.

The balance in the Circle of Full-timers to Amateurs, there’s 32 members in the Circle right now, and there’s 6 full-timers, the rest are just amateurs and the people who enjoy it. So it makes you want the amateurs to come to you for advice, cause otherwise they’ll be going “Why’s he doing it full-time he’s terrible”, which you worry all the time anyway.

Quick tell me about ‘Man vs Balloon’ 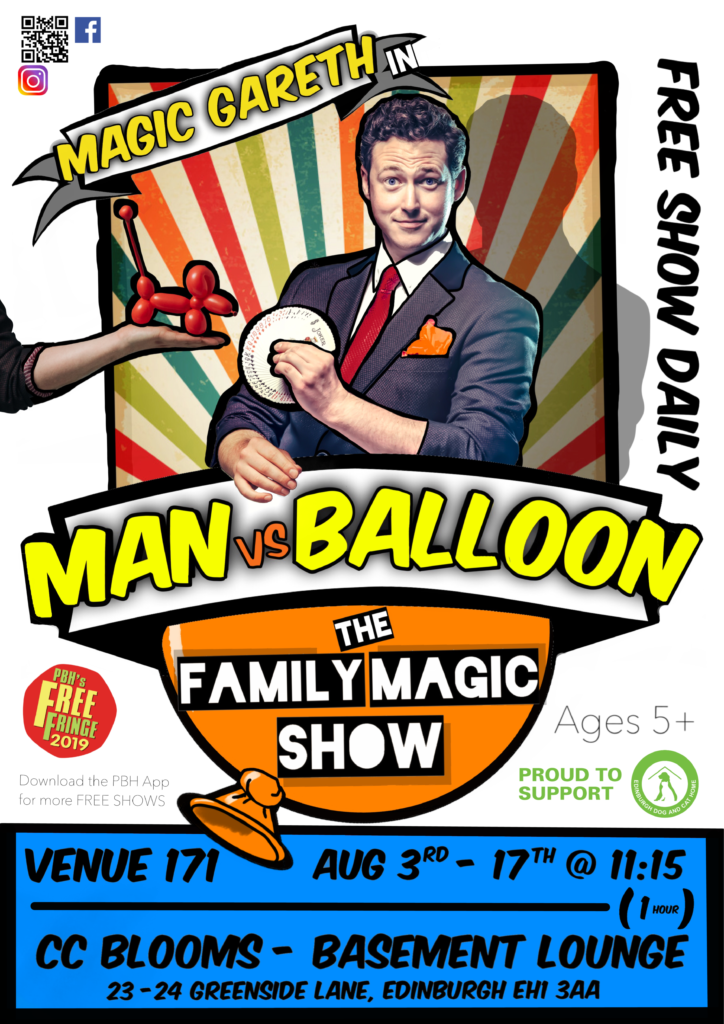 I don’t know how I got into balloons but I got into balloons somehow, and was doing a lot of balloon modelling, so I decided to structure a whole show sort of around balloon animals. Other than that I use a giant 6ft balloon, that I call the biggest balloon in the world, and I put it on my head and do some mind-reading with it, but it’s not a card trick. I also play a game of water-pistol russian roulette, which is amazing.

This is my first solo magic fringe show, ‘Man vs Balloon’, 3rd-17th of August, 11:15 in the morning, at CC Blooms. I’m the first thing in the venue each day, which is good, unless they haven’t had time to clean from the night before. However, CC’s has been chosen to be part of the free Fringe, so you don’t pay to get in, but you may pay to have to leave though, ahahaha.