This morning I caught up with Edinburgh based, multi-award winning magician, Sean Harrington. Born in South Africa, raised round Falkirk, and now splitting himself between University and the pursuit of his craft, Sean was able to find time in his busy schedule for coffee and questions.

How long have you been practising magic for? 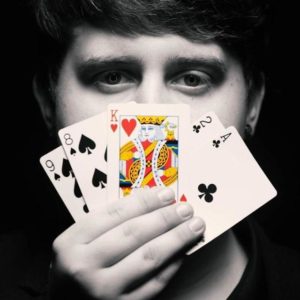 I’ve been performing semi-professionally since I was 15, so about 5 years now, but I started learning while still in Primary school around the age of 7, when I first saw a magic trick performed on TV.

Where did it all start?

The first thing I ever learned was a rubber band and a ring, where you would make the ring climb up the rubber band using ‘Telekinesis’. I first saw it on TV, they taught it on that show, and I learned it. The next day I showed some of my friends from the front of the classroom, and I just remember that feeling, that buzz that I got. So then every week that TV show would come out, I would learn the next trick, and I’d go into school to perform it. Eventually I discovered YouTube, and it all just snowballed from there, when I realised how much there was to learn.

You’ve already mentioned how much there is to learn in the world of magic, do you have a favourite style?

Mostly cards and coins, I’ve kinda made a name for myself with coins specifically. I tend to stay away from commercial, one-off, gimmicked props. I like doing more obscure, older and more sleight intensive stuff that you might find in books.

Do you find in your own practice, that you have to find a balance between your own personal pleasure and creating content you can sell? 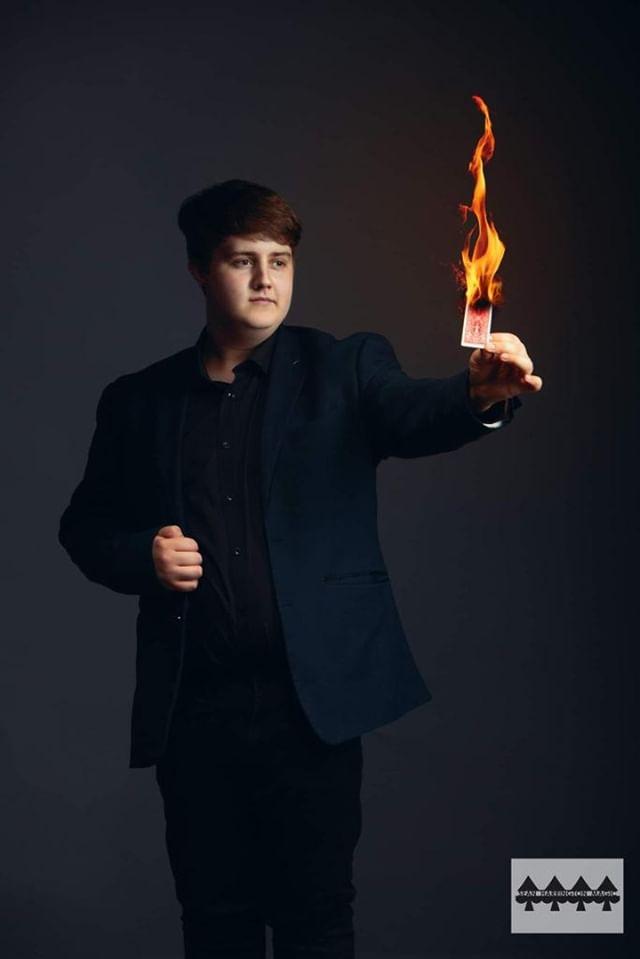 I think there is definitely a balance to maintain. I don’t necessarily think that you can’t have both, but I think if you want to do something more technical, then more time needs to be devoted to bring it up to scratch. It’s all well and good having the set you can perform reliably for people, but that’ll get boring eventually. So this is a dilemma I have a lot. I have the things I perform when I’m paid, and I have things that I love to perform for myself, and I would like for them to cross over more. But I don’t think that’s something necessarily that your audience cares about, as long as they’re being entertained, you could easily perform the stuff you love to perform, it doesn’t necessarily have to be commercial. I guess it’s just about finding the right balance.

So as you’ve said, you’ve actually been performing for quite a long time now. Do you get nervous before you go out on stage?

Yes, but I think it’s the healthy nerves, it’s not to the point where I’m freaking out, it’s like the climb on the rollercoaster. You always get jitters as you get closer to the top, but then walking out on stage and saying those first lines is like getting over the hump, then you get that hit of adrenaline as your going down. Once I’m on stage I relax and everything is fine, but I still always get nervous before a show.

Practice, definitely pursue as well. Just cause you can’t find it, doesn’t mean it isn’t there. Meet other magicians, listen to them, be humble to them, but take everything they say with a pinch of salt, their views and opinions are not gospel. 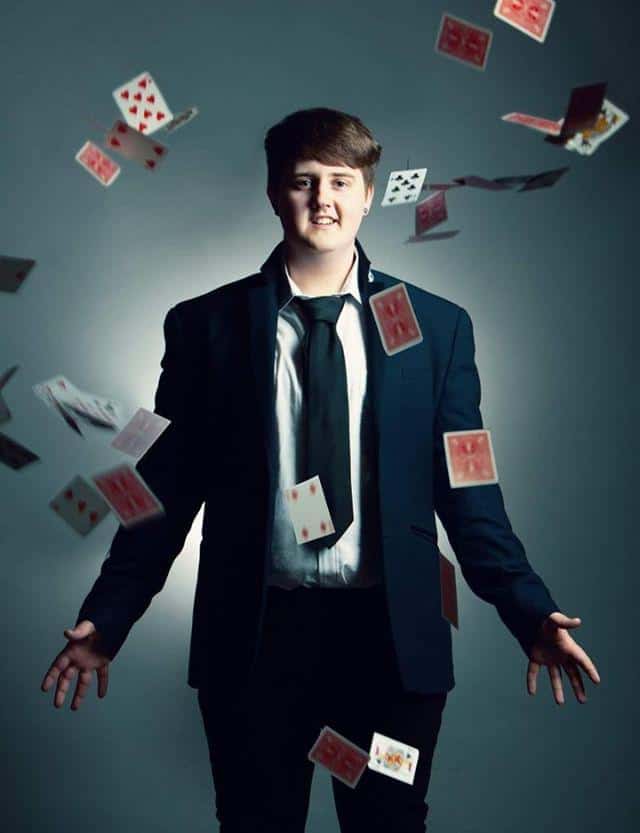